Objective of the conference 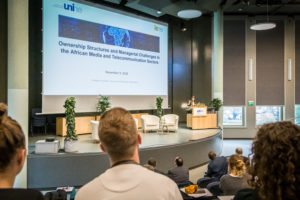 In this respect, following questions were addressed:

Further, we aimed at shedding light on how foreign investment can help to achieve the related UN sustainable development goals (SDGs), thus contribute to the democratic and economic development of the African continent.

In order to advance research in the field and to stimulate a constructive dialogue between practitioners and academics, the conference dedicated:

Please find below a summary of the two conference days. For more detailed information about the event, please see the official conference website.

Research results from the International Academic Workshop on November 8, 2018 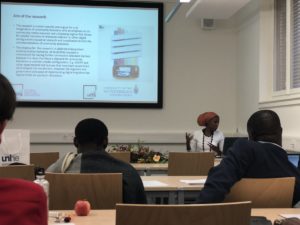 The first day of the conference featured an international workshop in which twelve academic papers were presented and discussed.

Sessions were organized on the following subjects:

Authors of selected contributions will have the opportunity to submit their full manuscript for publication as part of a special issue of a journal or in an edited conference volume.

Contributions to the International Professional Conference on November 9, 2018 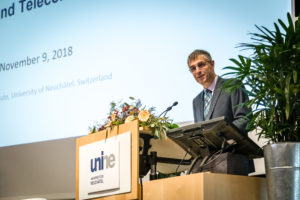 Prof. Jean-Marie Grether, Vice-Rector of the University of Neuchâtel, highlighted how the two-day conference fits within the long-term objectives of the university, which gives high priority and relevance to teaching and training, notably in contributing to the Sustainable Development Goals. He also underlined how the purpose and objectives of the conference are aligned with the values of the university, particularly quality, trust, dialogue and reciprocity, as well as openness.

Prof. Cinzia Dal Zotto introduced keynote speaker Prof. Robert Picard, a leading expert in media economics and management and in communication policies, who has served as consultant for multiple governments on these matters and has written extensively about them.

Prof. Robert Picard, Reuters Institute for the Study of Journalism, University of Oxford, United Kingdom, noted that ownership and control are fundamental to firm behavior in the telecommunications and media sector. They affect capital availability, the locus of decisions, the geographic location of infrastructure, capabilities and range of services, internal and transnational profit flows, reinvestment and technological renewal, and the ability of governments to pursue domestic policy objectives. 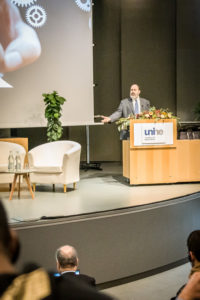 Telecommunications in developing countries have witnessed widespread privatization, poor competition, and persistent inequities in infrastructure and access. Policy remedy options include better regulation and incentives as well as increasing competition. As to media ownership, Prof. Picard noted that it requires far less resources than telecommunications.

However, water and electricity access are preconditions for further development and most of the population in developing countries still does not have electricity at home. Telecommunications companies are not likely to invest in electricity infrastructure unless they have government guarantees regarding payment for use. Some ministries seem more willing to introduce the most advanced technology to urban areas, at a time when rural areas lack more basic infrastructure. Prioritization and equity issues are at play. 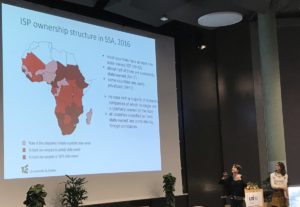 presented the research findings of the larger SNIS-supported project that the conference is part of. They presented a conceptual framework for thinking about the implications of state control over internet service providers and introduced the Telecommunications Ownership and State Control (TOSCO) data set they have developed covering 49 independent mainland countries in Africa over the period 2000–2016. They discussed how political and economic interests are intertwined with Internet infrastructure and ownership of telecommunications companies, highlighting the case of Internet shutdowns for electoral manipulation.

Due to another engagement Mr. Patrice Schneider could not be present at the conference and was thus interviewed by Cinzia Dal Zotto, University of Neuchâtel, a few days before.

Mr. Schneider noted that with digital transformation, new actors are emerging to provide 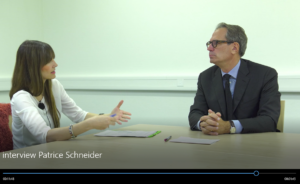 news information, beyond traditional journalism. Platforms for citizen engagement can have a social mission while being financially viable. Political transition, consumption, and digital acceleration that inform social investment decisions in the sector.

Dr. Sotiris Blanas presented the results of a research undertaken in collaboration with Adnan Seric, United Nations Industrial Development Organization, and Christian Viegelahn, International Labor Office. He noted that important policy questions regarding foreign-owned enterprises include their relative contribution to employment, both in terms of quantity and quality of jobs, as compared with domestic enterprises. Notable aspects of job quality include job stability and security, opportunities for training and development, and wage levels. He provided key results based on the analysis of firm-level 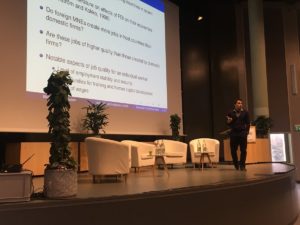 The higher job stability and job security are offered by foreign-owned firms created as green-field investments, those whose main business purpose is to service the home and foreign markets, and those whose most critical incentive is in the form of capital grants, tax exemption, and improved infrastructure. Country-level institutional factors matter. In countries with higher firing costs and higher governance quality, the gap between foreign-owned and domestic firms is smaller in terms of job security and stability. Foreign-owned firms have higher shares of total foreign employment and higher shares of foreign production, non-production, and managerial workers. Foreign-owned firms tend to invest 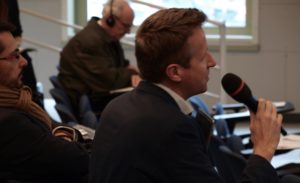 more in training and have a higher average training intensity. Training intensity is higher for firms whose parent company is in a high-income country, for those created as a green-field investment, for those whose main business purpose is to access inputs and achieve cost-effective production, and for those whose critical investment incentive is tax exemption and recruitment grants. Moreover, foreign-owned firms tend to pay higher wages. The wage gap between foreign-owned and domestic firms is lower in countries with higher governance quality and greater social inclusion.

In summary, relative to domestic firms, foreign-owned firms in Sub-Saharan Africa tend to create more stable and secure, higher-paying jobs, with more training opportunities. Yet such better job outcomes vary with firm characteristics, such as parent location, and critical incentive for foreign investment. Looking forward, it will be important to further study the extent to which multinational enterprises transplant their human resource practices into their African affiliates, and the extent to which such practices spill over to domestic firms. It will also be important to better understand the role of various employment policy institutions and measures in determining outcomes, and how such outcomes vary across firms (for instance in terms of national origin and economic sector of the enterprise) and workers (notably in terms of gender and national origin).

In her closing remarks, Prof. Cinzia Dal Zotto emphasized the importance of adopting a pragmatic and realistic perspective within a broader problem-solving approach that respects ethical values. She noted that power and wealth differentials are prevalent globally, but taking different forms in different contexts, and as such local approaches should be context-specific while addressing global dimensions. She warmly thanked participants for their contributions, particularly those coming from Africa to share their voices and experiences. 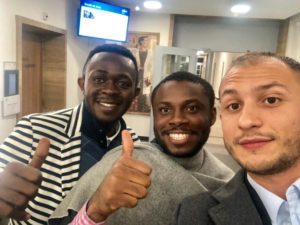 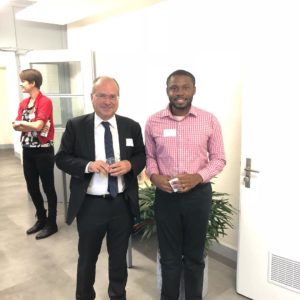 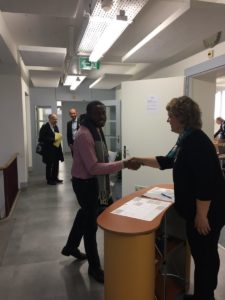 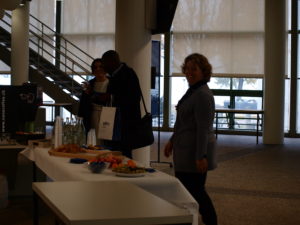 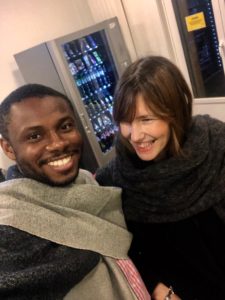 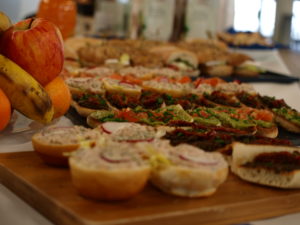 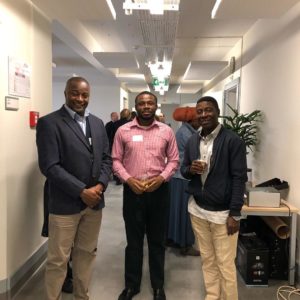 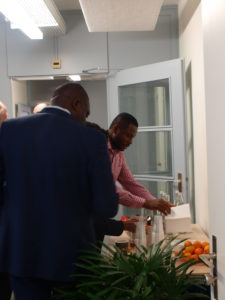 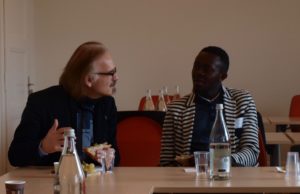 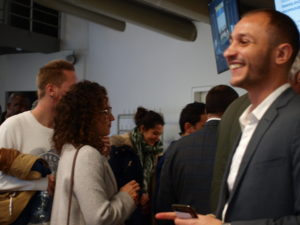 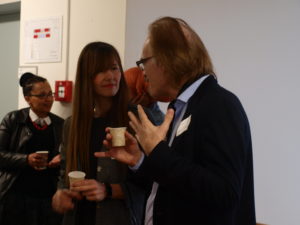 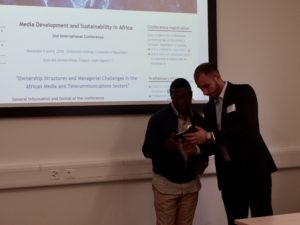 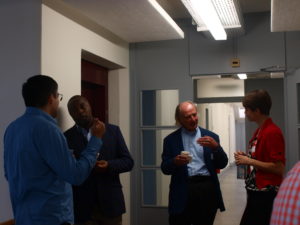 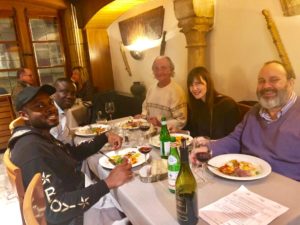 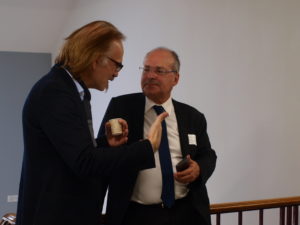 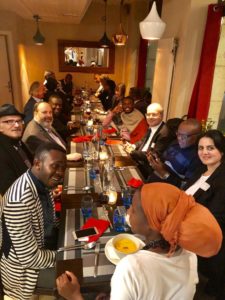 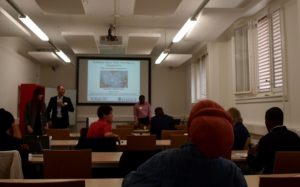 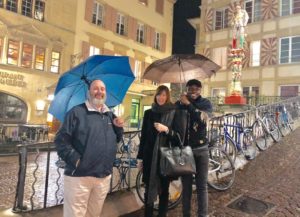 Join us on social media!

Media Development and Sustainability in Africa