To respond to this question on December 12 we invited for a public debate at the Academy of Journalism and Media, University of Neuchâtel, four speakers representing media professionals and thinkers:

Muhlmann introduced the debate with a brief history of standardization as a journalistic problem. Diversity is essential to raise the level of debates. A natural selection normally 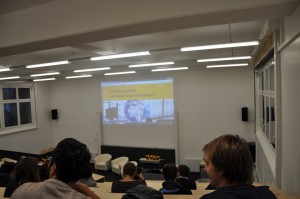 takes place and the more hollow debates spontaneously disappear with time. For Kant this journalist idealism is first of all necessary for people: it emancipates people. Yet journalism remains under the fire of criticism, and particularly with regard to the standardisation of information, both concerning its form and its language. Zola had already expressed its concern at the time: “One cannot talk about everything”, “we repeat all the time the same thing”, “topics and comments are repetitive”.

Muhlmann launches a few avenues of reflection. Is this may be due to a lack of journalists’ curiosity? Or does it depend on the constraints that the newspaper industry is facing, i.e  increasingly tight deadlines and limited resources? Difficulties in collecting the right information upstream? Or is this the result of purely intentional choices, to satisfy the audience?

The four panelists were particularly concerned about the current situation. All agree that the curiosity of journalists has become insufficient and that the context tends to make it always more difficult to pursue. The need for immediacy forces news media to take the easiest way. By smoothing out information, journalist eventually subconsciously hide a much more complex reality, shaped by history and institutional (political, economic or other) interests. Emotions sometimes tend to influence the selection and processing of information.

Both medicine and poison to uniformity, digital technology took a central place in the field of journalism. The most recent tools, in particular social networks, showed their great 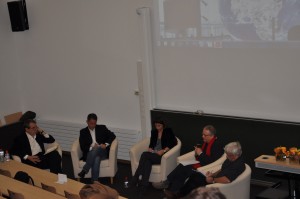 potentials for investigating, gathering information or highlighting experts’ opinions. However, built on opaque algorithms, at the same time such digital platforms locks out access to information by sorting, selecting and disseminating what circulates mostly according to known preferences, and creating this way an echo chamber. Journalists often write on what they have seen and read social networks and rises interest. Reality has therefore the tendency to read itself in a “loop”.

To counteract this phenomenon of uniformity and standardized information, each invited speaker tried to point to possible remedies. All in all, our invited speakers pointed out the need for journalists to question themselves and find the courage to break the inertia that often spreads within newsrooms. To escape the dictatorship of immediacy, a journalist must also cultivate his free spirit, and in depth, notably through training. This requires time that she or he must be willing to invest. Finally, according to the speakers, journalists will always have a role to play in society. Keeping in mind their mission of giving meaning to what is happening, prioritizing, explaining, decrypting and adding value are journalistic tasks with increasing importance especially within a context in which society faces an infinite number of sources and information providers.