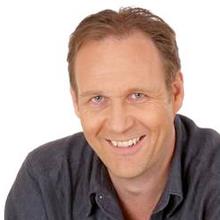 Jean-Philippe Ceppi is producer and presenter of the program “Temps présent” for the Radio Television Suisse (RTS) since 2005. He previously worked both for the press and the radio, for which he was correspondent and reporter from Africa for many years. He then entered RTS in December 2001. Several of his stories won prestigious television awards such as the Price of Investigation and Scoop in 2002 at the Festival d’Angers and the Prix de la Francophonie in 2003 at the Festival North-South. In 2009, Jean-Philippe Ceppi further received a tribute from the “United States Holocaust Museum and Memorial” for his work in Rwanda. He is the founder of «Investigation.net», the Swiss network of investigative journalists, and was the organizer of the Global Investigative Journalism Conference in Geneva in 2010.

The event in the media