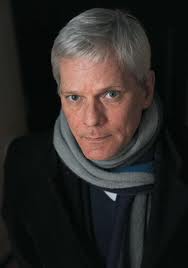 Kristinn Hrafnsson is an Islandic investigative journalist and spokesperson for the WikiLeaks organization. He has worked at various newspapers in Iceland and hosted the television programme Kompás, where he and his team often exposed criminal activity and corruption in high places. Since July 2010 he has worked as an independent journalist, collaborating with WikiLeaks and stepping up as the organisation’s spokesman as founder Julian Assange withdrew from the limelight. He has called the December 2010 attacks on WikiLeaks by MasterCard, Visa, and others a “privatisation of censorship”. In 2012, in his capacity as WikiLeaks spokesman, he defended the organisation on the website of Swedish Television against what he described as a smear campaign by the Swedish tabloid Expressen. Hrafnsson has been named Icelandic journalist of the year three times, in 2004, 2007 and 2010.

The event in the media